Thomas J. Walsh (T.J.) is a Professor of Theatre at Texas Christian University where he teaches theatre history, survey of theatre, playwriting, directing and acting. He is married with four children. His daughter Anna played volleyball for TCU and was first team All Big 12. She plays professional volleyball in Spain. He was the Founding Artistic Director of the Trinity Shakespeare Festival where he received four Outstanding Direction awards from the Dallas Fort Worth Theatre Critics Forum. His book: Playwrights and Power: The Making of the Dramatists Guild was published in 2016 by Smith and Kraus. His play The Thomas Paine Panther is published by Playwrights, Inc.

He has a Ph.D. in Theatre History and Criticism from the University of Texas at Austin where he studied with Oscar Brockett and a Master of Fine Arts in Playwriting from UT. His solo play Pleading Infinity about screenwriter Bob Donovan has been developed at the New York International Fringe Festival, The Hollywood Fringe Festival and Austin’s FronteraFest. Recently the Dramatists Guild Reading Series production of Pleading Infinity was selected by criticalrant.com as one of Dallas Fort Worth’s top ten theatrical events of the year.

Three of his original plays have been produced at Texas Christian University including Melrose Stories, a character-driven comedy set in a bookstore on Melrose Avenue in LA, Born on a Sunday, an intense look at Swedish playwright August Strindberg's 1896 "inferno crisis" in Paris, and Tom Kellogg in B Flat, a romantic comedy made up of four one-act plays set in the 1980s chronicling the adventures of the title character. Two monologues from Tom Kellogg were published by Smith and Kraus in Best Monologues of 2020.

He is a member of the Dramatists Guild of America.

He can be reached at t.walsh@tcu.edu. 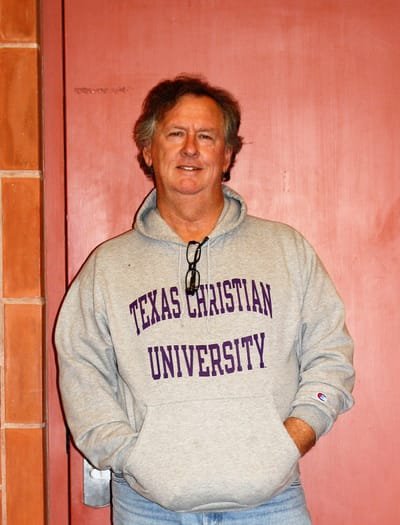